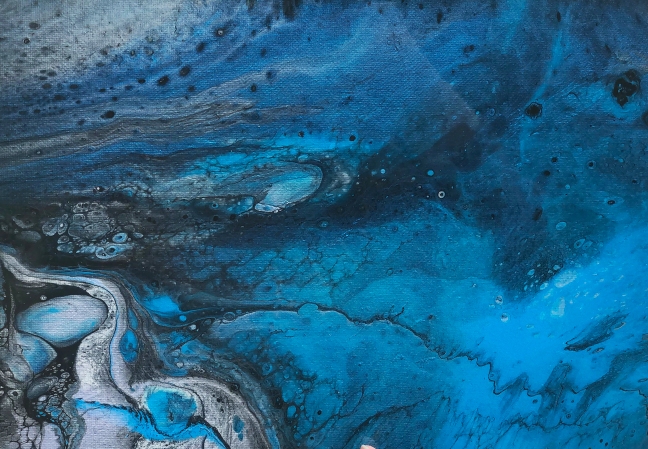 Thomas A. E. Hesketh
I was born in Toronto, Canada, on a cusp, last millennium; none of it was my fault.  Most of the things that have happened to me have happened to other persons, too. Coincidence!?!?  I enjoy poetry because of its verbal range, except the caesuras,  and chess because it is non-verbal, until one talks about it alpha-numerically. P-Q4.

Michelle Engeldinger
This piece, titled “Neptune,” is inspired by the eighth and farthest known planet from the sun in the solar system and its moon- Triton. With its vast detail and intricacies, Neptune is primarily composed of ice and rocks, which can be seen in the abstraction of this piece.