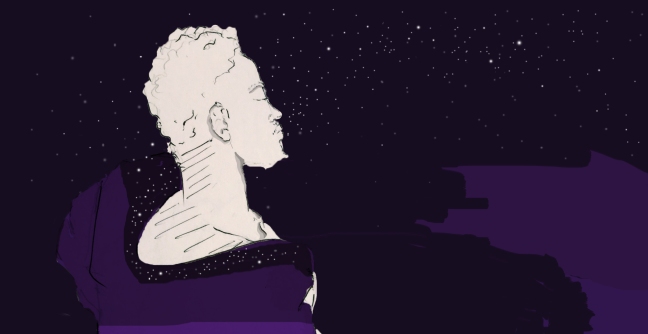 being drunk
being reckless
not physically resisting
you must have consented

the new definition is
“penetration, no matter how slight, of the vagina or anus with any body part or object, or oral penetration by a sex organ of another person, without the consent of the victim.”

in the announcement the Department of Justice writes
“a victim can be incapacitated and thus unable to consent because of ingestion of drugs or alcohol… Physical resistance is not required on the part of the victim to demonstrate lack of consent.”

Eddy Funkhouser
Eddy Funkhouser is a queer non-binary urban farmer and garden educator living in San Francisco, CA. Their work can be found in Dirty Girls Magazine, Beyond Bloodlines, Awakened Voices, Stonewall’s Legacy, and Written on the Body.

Yousef Kazerooni
Yousef is a queer artist who grew up in Iran. After immigrating in his early twenties, CCSF became his home. He found an international community of students, and traveled to different parts of the world. Yousef is a storyteller and his work is inspired by mixing different cultures and traditions.