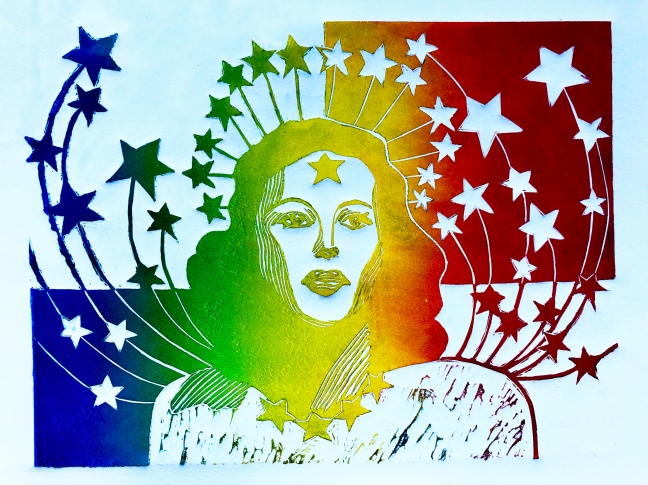 “How to Time Travel”

Google “YouTube.” Revisit clips of shows from ABC’s TGIF lineup, along with Nickelodeon cartoons if there’s time. Make time. Do this periodically, every weekend, for a span of five years. Mourn when you’ve found out your favorite clips have been taken down for violating copyright infringement laws.

You dry your eyes and decide that the ‘90s were the superior decade. Become an elitist. Google “elitist”. State this supremacy on the Internet to make it fact. Reddit just gets you. Brew a mean, tall glass of Tang while typing furioUSLY IN CAPS. Become bothered that TV, music, and movies aren’t as good as they used to be when you were a kid. Become so distressed that you lose sleep over it. Take a good look at those eyebags. There’s nothing St. Ives can’t fix.

“Shit was so much better when I was a kid,” you tell your younger cousins. They do their best to tune your bitterness out, faces illuminated by bright flashes and flickers of their iPhone screens. They respond: “I almost got banned from TikTok”, like you’re supposed to know what that means. Roll your eyes once. Then do it again. Scoff if you have it in you. You’re still convinced kids born in 2000 are 8 years old. But, you never could count too well. Break out a calculator, the one on your phone. Begin to rant about “kids today”. Choose to tweet your frustration on Twitter instead. Remember the 280 character limit. Block anyone who doesn’t agree. Follow those who do. Twitter reminds you of your trusty old diary. The one with the pseudo secure lock and faux pink fur, covered in Lisa Frank stickers and sixth grade secrets.

Stalk all 9 of your grade school crushes on Instagram.

Scavenge for useless ‘90s memorabilia on eBay. Order Spice Girls lollipops, issues of Tiger Beat, and metallic colored Tamagotchis with peeling paint and scratched screens. Another woman’s treasure. Wear blue ripped Calvins, an oversized green plaid flannel, and yellowing white Chucks for four days in a row while you await your goods. Your Mom tells you you begin to smell, but Kurt Cobain would be proud.

Rejoice because you can now stream your favorite ‘90s sitcoms on Netflix. All the ones you’ve seen more times than a normal person should. Think, They still hold up really well! Commit the corniest lines to memory. Studio applause and laughter are your new favorite sounds. Howl with laughter into the night, until your sister, born in ‘98, slams the door shut to show her dismay. “Shut the door, you dumb bitch!” Laugh again. “You got it, dude!”

Your package arrives. The buttons on the Tamagotchi smell weird and the Tiger Beat issues are dusty. Eat one of those Spice Girls lollipops. Take a lick. Regret the lick. Take another lick to make sure. They used to taste better. Finish the lollipop because you paid for it. Consider the taste of chalk in your mouth. On your tongue. It stays there a while. Compost the jar of 30, now a jar of 29; try to forget that you paid for it. You’re fairly certain no one “composted” in the ‘90s. Repent and help yourself to two glasses of Tang. Add ice.

Complain to eBay. Harass the seller. Leave a scathing, one-star review: “Like these lollipops, your mediocrity should have stayed in the ‘90s. Total dweeb.” Share your unsavory experience on Facebook. Wait for the likes to pour in.

About the Author: Loretta Bonifacio is a Filipino-American writer interested in exploring nostalgia and family dynamics. She dedicates How to Time Travel to her grandmother and muse, Milagros Tan Bonifacio, who celebrates her 90th birthday on December 13, 2019.

About the Artist: Ana Lazaro is a San Francisco based artist. She considers herself a world citizen and has, since childhood, had a passion for capturing moods and emotions through her portraiture. Ana’s current work is inspired by her desire to celebrate empowered women making a difference across the globe.