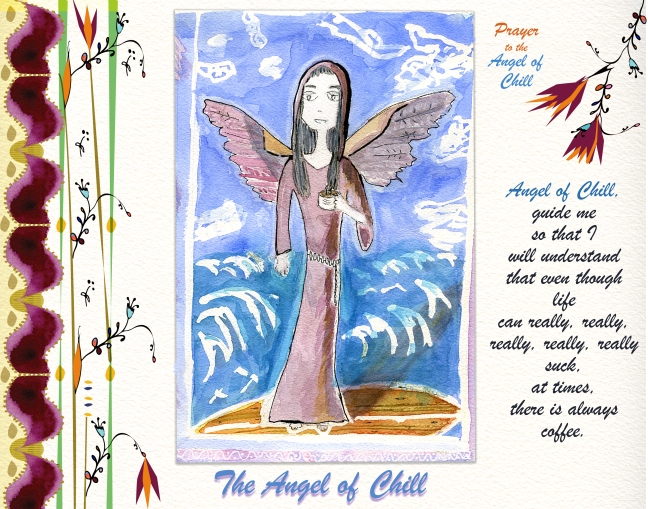 It is hard to create something from nothing where something already exists. So, with a bit of sadness, the bright pink rhododendron bush that outgrew its space, the rose bush that had been groomed once too many times and any plant with thorns was pulled. Fairies don’t like thorns. A blank space remained. A canvas on which a fairy garden would bloom.

~~The relationship between my mother and I was a tenuous one since my father passed nearly 10 years ago. We were buddies, my dad and me, and on that day I lost my biggest fan.

The first thing I did was to add pounds of dirt to my space. Fresh dirt—with its story yet to be told—was mixed with dirt from 1978, the year the house was built. It was ours to take care of now, and I wanted fairies to help watch over my children.

~~Trying to understand why folks are the way they are is never easy. We are so affected by our pasts that unless we let them go, moving forward is tough. My mom came of age before Title IX, before equity for women in a household with a misogynistic parent. Although she managed to break a cycle of violence, she never realized that, and ultimately has been consumed by what she has tried to escape. Therapy is for the weak. And doctors are often stupid.

I took great care in choosing my plants and arranging them in my garden. The colors had to be bright and vibrant and had to complement each other. There were just enough plants chosen to fill the space yet not crowd each other. My daughter willingly helped me plant, and I was thrilled for that time to talk, for her to understand that I wasn’t just creating a hippie house.

~~When I got my PhD, my mother embraced it as if it were hers. I pursued that degree to prove to myself that I could handle the rigors of a PhD program as an advisor once told me I could not. That degree came with perseverance and lots of tears. And Academia has never been good to me. After all, who really cares about applying 21st century views to a work written in the 16th century? So when I took a 5 year break, to build a business from scratch I was deemed a fool.

I put down the layer of weed repellant and added over thirty bags of 40lbs of stone. The tiredness I felt was well earned as the space was starting to take shape. Hostas lined the back of the garden whose centerpiece was a large blue hydrangea. That blue hydrangea was given as a gift by a neighbor to her friend, the woman who lived here before us.  I wanted to honor that friendship but the plant was accidentally pulled. I replaced it with another blue hydrangea.

~~Giving my mother a place in my store I opened when I burned out from teaching proved to be as detrimental as travelling with her had been. In our zeal to help her realize life could be beautiful, we included her on trips all over the Southeast. We did so with pleasure. She came back at me years later telling me she was a burden that we were saddled with. Nothing had been further from the truth, but her mind was made up. At this point, she had begun to hate my husband, which made holidays and everything else difficult. In the store it was hard for her to accept that I was boss. And that I knew what I was doing. So, I left the store that I had built from nothing and was my happy place.

On an idea from my husband, glass pebbles and stepping stones were added to my fairy garden. The colored pebbles glisten in the sunlight, drawing attention to the beauty of the flowers. More pebbles are on their way. The garden is taking shape. I added a colored stake that my daughter bought with her own money at a fair many years ago—an ode to time passed and our new normal. I also added a flower stake constructed from forks and spoons.

~~My husband was miserable at his job, my kids school was going in a direction I wasn’t happy with and I did not have a job other than the store. The timing seemed right for a move. However, “I was making a mistake. I made a mistake 17 years ago. I deserve better. He isn’t good enough for you. I am an excellent teacher. Go back to the university and beg for a job. What will you do? Oh you got a job? Well, you won’t be happy with it…”

I ordered a zen meditation troll. He is adorable and I really wonder if he should be on my shoulder instead of in the fairy garden. The fairy houses have begun to trickle in. The happy gnome comes later. The houses will sit on the stepping stones that will attach to them somehow. My flaw is a lack of being spatial and fairy objects really are much smaller than they appear. So, in order for them not to blow over in the Bellingham winds, they must be glued somehow.

–I spoke sparingly with my mother in the first year we left. Her tone was always cold to me, blaming me for taking her grandchildren away.  She did not have to say anything. I knew. I had friends trying to convince her otherwise, but her mind was made up. Though we had hoped she would come with us, she isn’t in that place yet. The quarantine has softened her, and after years of protesting technology, she skyped with me and my son this past Friday. “I am heavy. I do not look good. I am not healthy. He isn’t good for me. I am heavy cause I am stressed. Alex’s hair looks awful…” That last part is sadly true. I mean, I cut it myself.

Right now the fairies and their houses sit in my living room waiting for their neighborhood to arrive. Within the next week and a half, it will be finished. Technically, anyway. But as yet again I have built something where there once was nothing, it is always going to be a work in progress.

Walli Ann Wisniewski has a PhD in Latin American Literature from Penn State University. She lives in Bellingham, Washington with her husband, 2 kids and 2 kittens. She teaches at Whatcom Community College. She enjoys memoir and hopes to publish a collection of her essays someday.