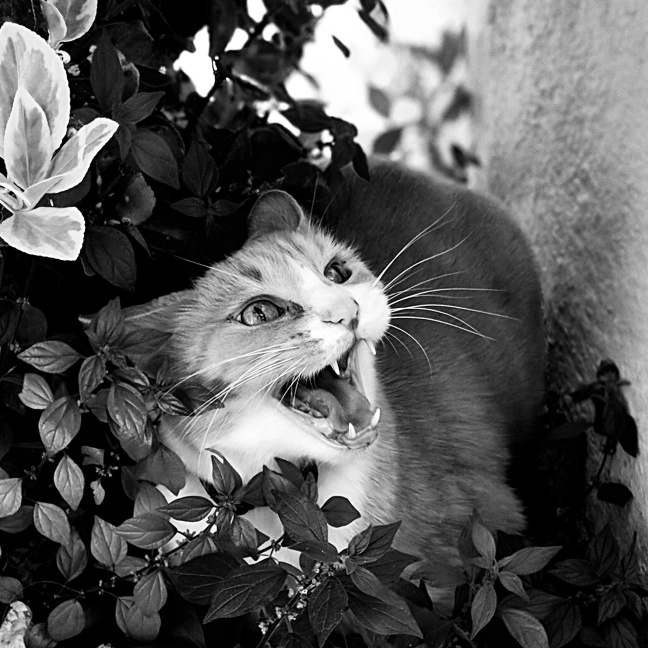 At first I think
of postage stamps and the faces of queens, immortalized
in their black-and-white moment. The shades of the past
are monochrome, marred only by some accidental fold,
some streak of pale lightning. Pink roses blooming
on the wallpaper of my bedside dresser. When I take
this photo between my thumb and forefinger, I find
a child. Younger than I, somehow:
roundcheeked in a stiff-collared dress,
lips peeled back in what we called a shuaya smile—
“brushing teeth” in perpetuity, to appease some ghost
behind the lens. (Her own mother, as it turns out).
Her eyes are dark and wide. In her entirety
my mother is barely larger than my thumbnail.
(I am eight years old). Here are things that surely
must always have existed as they are
now: Mars. Stonehenge. Mt. Everest.
The swelling of the seven seas.
The gnarled roots of redwoods, reaching
deep through the soil of the earth. When
she tells me of my grandmother
witch, who sent her away at two, expecting
love at six, and then a smile flashed for the future too,
I cannot help but
shrink away from the unframed tears, saying
Bu xiang can le. I don’t want to see. Burying myself
in the legos scattered on the carpet, and the photo
underneath the socks in the uppermost drawer
of the dresser, floral and pink.
On nights when the moonlight streams through
my window slats like tiger stripes,
slinking slow across the ceiling, something
brings me to rummage out the past,
to gaze back at a face younger
and more vulnerable than mine, though somehow also

still sleeping in the room right beside me.
I wonder who else had watched Princess Diaries,
and pawed through their mother’s things, seeking family
heirlooms: perhaps the gems
of royalty, or an alternate path
towards nobility: “You were adopted!”
My mother tells me that she knew, at ten, that
her daughter would be a princess.
It is often the nature of things to follow
patterns, branches to twist onwards
as tangled as the buried roots.
Yet she does not curse me
with her inheritance—the mother of hers
who had chosen favorites, withheld
love. Could I too have
hacked a clean cut at the past?
Loved the usurper, that baby brother
like I would my own children? Transmuted
my blood into garnets
at each joyful coronation?
Never my (her) own.
(I am twenty six). Older
than the not-crying child in the photo,
older than her mother when her mother had her, nearly
older than the mother she herself would become
upon having my older brother
in this far and foreign land. The beautiful country.
Now when we hug and she says that
I am her dream, born into being, I wonder
if it is too late to throw down my crown.

Jessica enjoys exploring winding roads, new ideas, and interesting combinations of words. Hopefully one day this all coalesces into something beautiful. In the meantime, she continues to mash at her keyboard.

I received my English degree with a Spanish minor from CSU Stanislaus in spring, 2019, and I will complete my creative writing certificate at CCSF in spring, 2020. Writing is my passion, but I also dabble in drawing, painting, photography, and performance. My work has appeared in Penumbra Literary Magazine.